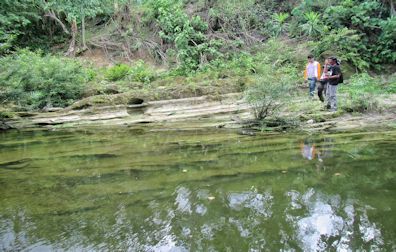 The Mines and Geosciences Bureau Regional Office No. XIII conducted the Geologic Quadrangle Mapping on May 2 to June 11, 2017 in Bicol Region. A team of three geologists and one GIS Operator from MGB RXIII conducted the Geologic Quadrangle Mapping in two quadrangles, namely Polangui and Ligao. The Polangui Quadrangle comprises five municipalities and one city ‒ Balatan and Bato, Camarines Sur and Libon, Polangui, Oas, and Ligao City, Albay. On the other hand, the Ligao Quadrangle has 7 municipalities and 3 cities ‒ Polangui, Oas, Guinobatan, Camalig, Daraga, Santo Domingo, Malilipot, Ligao City, Legazpi City and Tabaco City. The updating of Polangui Quadrangle which has an unpublished geologic map was done on the first phase of the fieldwork (May 2-May 19). The team subsequently proceeded to work on Ligao Quadrangle on the second phase of the fieldwork (May 22-June 11). Methodologies used were river/creek traversing, examining outcrops, exposures, continue reading : MGB RXIII conducts Geologic Quadrangle Mapping in Bicol Region 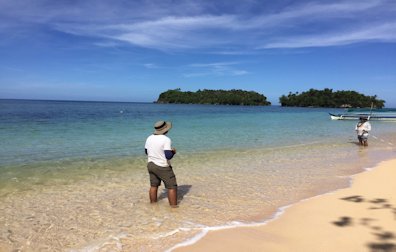 The Mines and Geosciences Bureau Regional Office No. 13 carried on with its Coastal Geohazard Assessment under the National Geohazard Assessment and Mapping Program. For the first quarter of 2017, the target municipalities of MGB RXIII are Barobo, Lianga, Hinatuan and Bislig in the Province of Surigao del Sur. As for the second quarter, the Municipality of Del Carmen in the Province of Surigao del Norte was assessed on May 31 to June 7, 2017. The Municipality of Socorro in the Province of Surigao del Norte will be assessed by the third week of June 2017. The Philippines has one of the longest coastlines in the world with an estimated extent of 36,289 kilometers. Approximately 46% of the total population in the Philippines resides in coastal areas, directly or indirectly relying on coastal resources as source of livelihood, habitation, and recreation. Many of the coastal areas are inherently vulnerable to continue reading : MGB RXIII carries on with its Coastal Geohazard Assessment 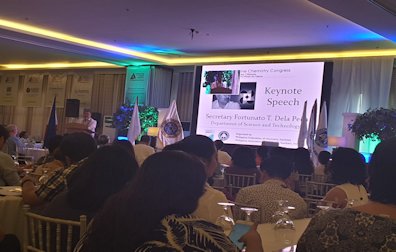 Chemists from the Mines and Geosciences Bureau Regional Office No. XIII took part in the 32nd Philippine Chemistry Congress on May 31 to June 2, 2017 at the Asturias Hotel in Puerto Princesa City, Palawan. The theme of this year’s congress is “Chemistry. Changes. Choices.” Department of Science and Technology Secretary Fortunato T. Dela Peña delivered the Keynote Speech. Approximately a thousand participants attended the event which aims to provide a stimulating setting and a chance to engage chemistry scholars and practitioners in the latest developments in the field, thus enabling them to pursue wise and good choices that will effect positive changes in society. During the event, the participants were able to realize their capabilities to spur changes and make worthy choices with full utilization of the potentials of chemistry in bringing about social transformation and economic progress. The poster presentations, plenary and parallel sessions gave the participants the continue reading : MGB RXIII Chemists take part in 32nd Philippine Chemistry Congress