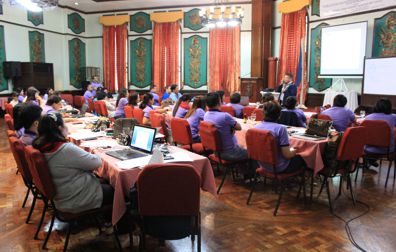 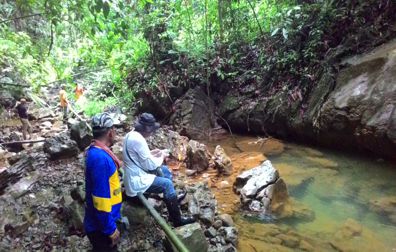 The Mines and Geosciences Bureau Regional Office No. XIII conducted the Groundwater Resources Assessment on September 13 to October 8, 2016 in the Municipalities of San Miguel, Bayabas, Cantilan and Carrascal in Surigao del Sur. A team of geologists and geologic mappers from the Geosciences Division of MGB ROXIII was divided into two groups to conduct Groundwater Resources Assessment in all 56 barangays of the four aforementioned municipalities. Aside from well inventory, the team surveyed every water source in each barangay. Water source can be a well or a spring. General information like geology and geomorphology of the area was noted.  Similarly, the well construction data such as well usage, well type, drilling method and pump type as well as the spring and the rock type data were taken during the survey. The team took water samples of each major water source in all barangays for pH and alkalinity test. continue reading : MGB ROXIII carries on with its Groundwater Resources Assessment Program 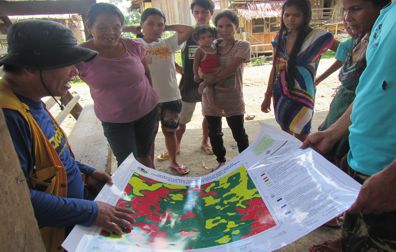 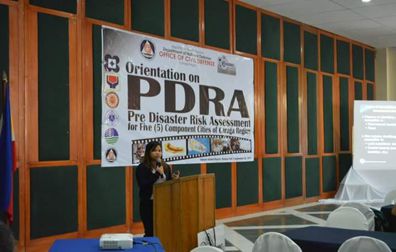 The Mines and Geosciences Bureau Regional Office No. XIII attended the Orientation on Pre-Disaster Risk Assessment (PDRA) for Five Component Cities of Caraga Region conducted by the Office of Civil Defense Caraga on September 2, 2016 at the Buenavista Hall of Almont Inland Resort in Butuan City. The orientation was attended by participants from the Cities of Bislig and Tandag, Surigao del Sur and the City of Cabadbaran, Agusan del Norte. During the first session of the orientation, an overview of the Pre-Disaster Risk Assessment (PDRA) was presented by Mr. Amado M. Posas, Chief of the Disaster Risk Reduction Management (DRRM) Division of OCD Caraga. Engr. Lita L. Vinalay, Chief Meteorological Officer of the Department of Science and Technology-Philippine Atmospheric, Geophysical and Astronomical Services Administration (DOST-PAGASA) Butuan Station, discussed the revised Tropical Storm Category while Engr. Noel Ajoc of DOST Caraga explained the work and activities of their office and continue reading : MGB ROXIII attends Orientation on Pre-Disaster Risk Assessment