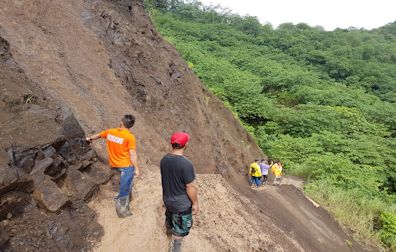 The Mines and Geosciences Bureau Regional Office No. 13 is currently conducting the Vulnerability and Risk Assessment (VRA) under the National Geohazard Assessment and Mapping Programme. For the first quarter of 2017, the target municipalities of MGB RXIII are Magallanes and Las Nieves in the Province of Agusan del Norte. As for the second quarter, the Municipalities of Sibagat and Sta. Josefa in the Province of Agusan del Sur were assessed last April until the second week of May. For the rest of May until June, MGB RXIII will conduct VRA in the Municipalities of San Miguel and Tago in the Province of Surigao del Sur. The Vulnerability and Risk Assessment is an activity following the 1:10,000 Scale Geohazard Mapping and Assessment which was concluded in 2015. The primary objective of VRA is to evaluate the existing vulnerability conditions within a municipality/city from rain-induced landslide and flood that could potentially continue reading : MGB RXIII conducts Vulnerability and Risk Assessment