Geologic quadrangle mapping is one of the regular mandated functions of the Mines and Geosciences Bureau. It aims to produce updated reconnaissance geological maps of 1:50,000 scale. Each quadrangle map sheet covers a specific area of the Philippines which is about 48,600 hectares on the average. The index map showing the distribution of these quadrangle maps is maintained by the National Mapping and Resource Information Authority (NAMRIA). Under the quadrangle mapping activity, it is envisioned that the entire land area of the country will eventually have a geological map of 1:50,000 scale. The topographic map of each quadrangle sheet is printed and sold by NAMRIA. These topographic maps are used as base maps for the reconnaissance geological mapping.

Quadrangle sheets covering Dinagat Group of Islands were selected as a target to align with the request of Province of Dinagat Islands to segregate a portion of land in the Municipality of San Jose from the Surigao Mineral Reservation for the development of a Government Center that will cater to the establishment of various government offices.

The reconnaissance geological mapping and verification of the Wilson and Dinagat Quadrangles was scheduled to be carried out in the second semester of CY 2018. For the Wilson Quadrangle map sheet, the area covered by ground verification during the period of August 6 until mid-September 2018 is around 25,000 hectares that include the islands/islets on the eastern part of the main landmass. The geologic mapping activity continued on the northern part of Dinagat Quadrangle and was concluded in the middle part of October 2018 in areas covering the southern part of the quadrangle particularly the island barangays of Surigao City. Approximately, the total coverage of mapping is 15,000 hectares. The field mapping was carried out by the following personnel of the Geosciences Division: Noel G. Lumague, Supervising Geologist; Kate A. Boquilon, Senior Geologist; Janeth S. Aparri, Geologist; and Dionesio A. Surigao, Geologic Aide.

The drafting of geologic reports and map digitization are ongoing. 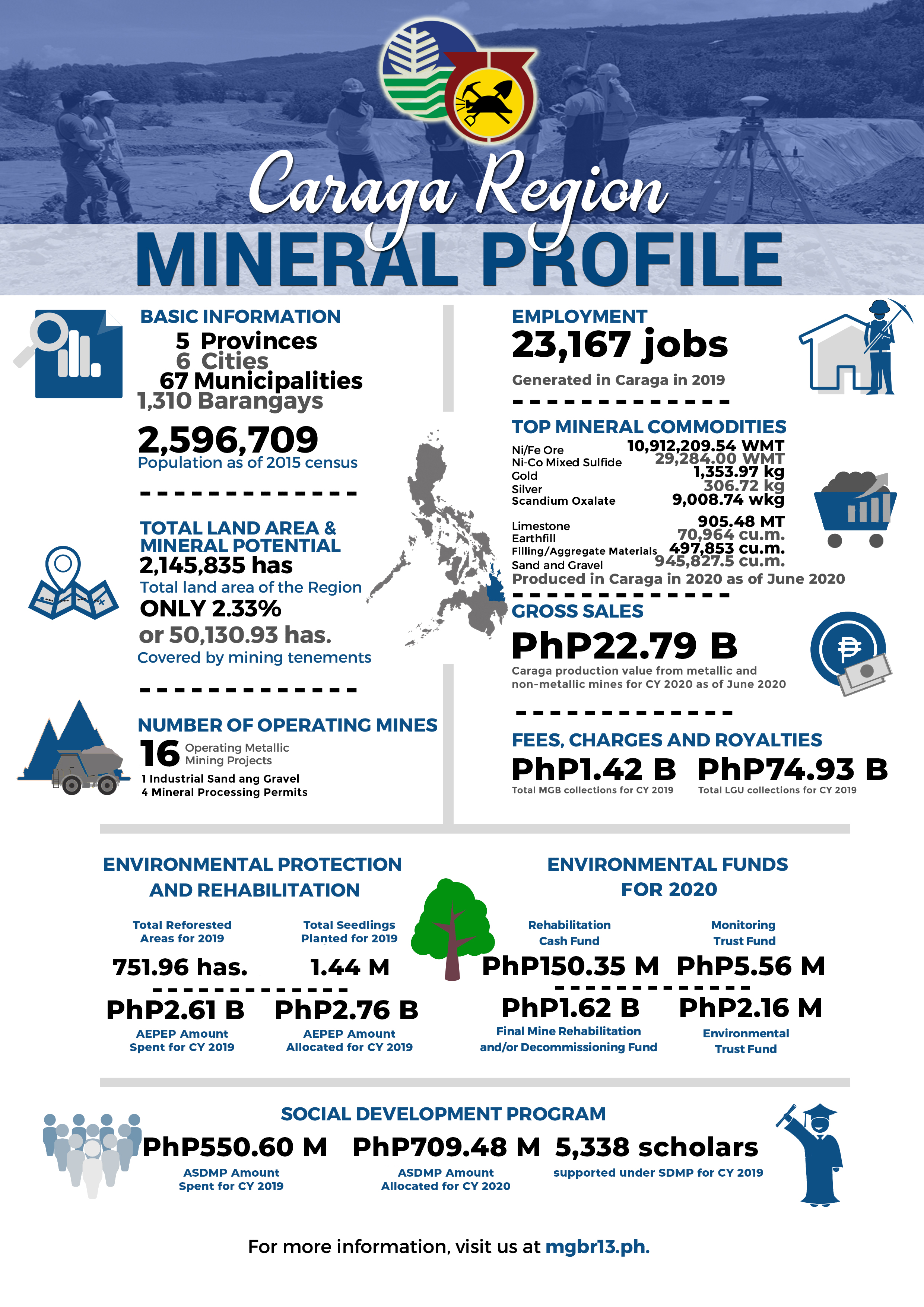